The genuine truth behind truths 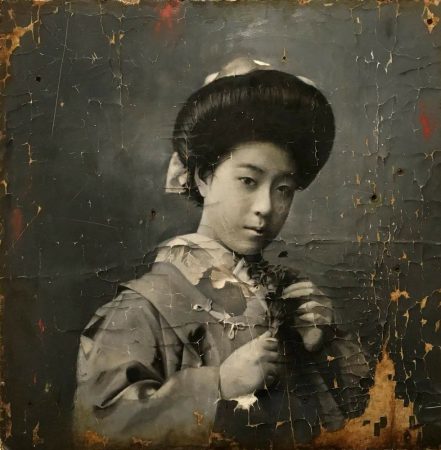 Ever since Yamamoto was a small child, He was afraid that the world seen by me might be different from the one seen by the others. His devolution to realism paintings was a means to get over this fear. By sharing perceptions of the world with the others through his paintings, he has been gradually eliminating his fear as well as the ambiguity of his own existence. However, as he got closer to the limit of paintings in terms of accurately reproducing visual images, another problem of perception emerged, that is, the question that the means of expression should be paintings or pictures. It is often the case that pictures are better means of expression than paintings in terms of replicating images. Also, any means of expression that replicates images tends to be categorized as a picture, rather than a painting.

The more he devotes himself to ultimate realistic paintings, the less the works he completed are recognized as a painting. Therefore, Yamamoto came to strongly become interested in “recognition by a human” and serialize his works questioning the reality in the social where what is the real thing (the original) is not understood anymore.

Main series of this solo “Re-view” series is a metaphor for the recycling of information, such as accumulated, referred, cited or tagged information, all kinds of personal information utilized by people sometimes as victims but in other times as perpetrators, and the use of such information relentlessly recycled even after the person’s death for eternity. In the series, we may get a glimpse of reality in terms of information society we live now. Thanks to the development of Internet, stupendous amount of past information are available with one click. While we benefit from the information society, personal information splattered across the world just keep on accumulating in the public domain. Once information is published, no one can control it, and they are often saved in unexpected places and remain there even after the actual publisher dies. Furthermore, even if information are something that the owner prefers to be forgotten, they are easily taken out from obscurity and, at times, modified.

On the other hand, Yamamoto steped on the wrongdoer who altered the motif progressed satisfactority to express about the temperimg the truth in new series “Deconstruction”. Both serieses are asking a question for situation that people cannot recognize what is original (The genuine truth behind truths) because of much processed information.