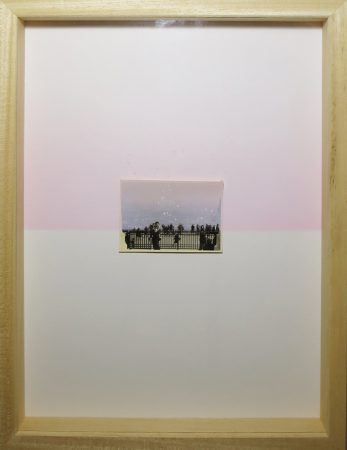 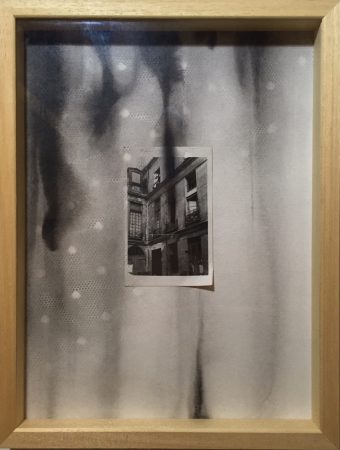 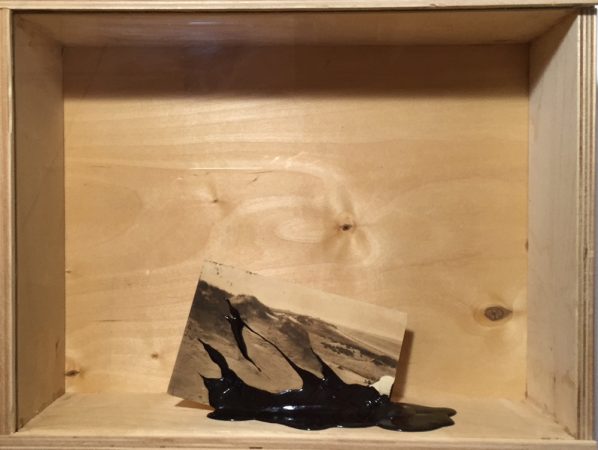 LOWER AKIHABARA is pleased to announce Lucia Tallová’s first solo exhibition in Japan, “Time in Dust”, as a curated by GALLERY KOGURE.

Lucia (1985-), a Slovakian female artist, is a rising, young pivotal figure in the art scene in Slovakia of Central Europe. Her works, with “Archive” as the main theme, are comprised mainly of paintings done basically in monochrome or blue ink color, the large and small collage of classic objects and cubic artifacts or installations, which shake the space and generate unique time and atmosphere by expressing the materialistic link between memories and objects as if to disclose the original landscape that exists ubiquitously deep down in the viewers’ thoughts.

The current exhibit of “Time in Dust” traces her world view in the theatrical world of memories related to nostalgic and fictional stories linked in a series to “Before the beginning, after the end”, “Fictional Memories” and “House On the Clifftop” exhibits she has worked at so far. Old pieces of furniture that traveled far in time; photos and postcards; or stones and dusts which seem to be meaningless. All these objects turn out as pieces for the Archive, suggesting the presence or events in the past. Her works of art linking these objects to paintings are configuring in such a way as to allow the viewers to observe the archiving process of thoughts objectively as if they were standing on the brink of someone else’s memories.

An excellent painter as she is, she cuts and reconstructs some of her past works badly composed or flawed and old blurry photos in file to take in their secular change and blow new life into the works. She calls this process as giving “Second life” where fragments of time that should have been errors turn into her own Archive and serve as an important layer to show the relation between time and material, adding depth to the scenes of the story recounted there quietly and making the paintings and collages even more attractive and beautiful.

Also, what is remarkable point here is her high sense of balance to grasp the space and air. Objects are positioned in the chamber of exhibition so as to snuggle up to the viewers’ moves; the characteristics of the gallery or the historical architecture are emphasized and conveyed; and the atmosphere of the site’s past is brought to bear upon the present and taken into the concept of “Archive” for reawakening. She makes “time, place, material, thoughts and memories” emerge in the form of coherent works in association with the site. Such intuitive occupation in Lucia’s style as shown at these sites are repeated periodically in various places like Bratislava, Vienna, Budapest, Switzerland, Hong Kong, Brussels, Paris, Amsterdam, Basel, etc. where European minimalism has sublimed in the modern age.

In this present day when digitalized archives are taken for granted, the archival system built into human beings equates to accumulation of memories. Everyone has certain blue prints burned into the brain and retrieves at times some dear old memories hitherto swept away into oblivion from atmosphere or things to Archive self and other people. What Lucia shows us is in the dimension of such waver, so it appears.